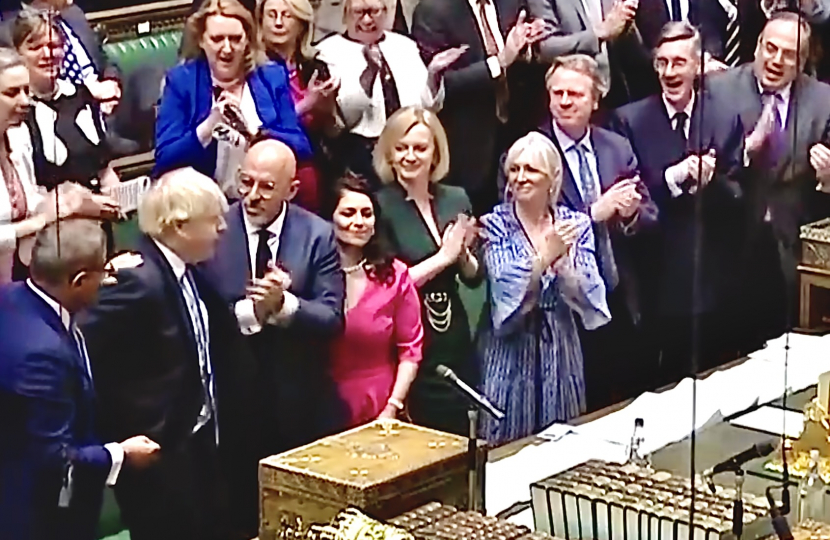 But, being located away from the larger centres of population, there can also be less local choice and not so easy access to certain vital specialist services provided by the NHS.

One long-running concern in my period as constituency MP has been the lengthy travelling time from Wigtownshire for complex treatments for serious conditions, such as cancer, where patients face long and tiring round-trips to Edinburgh.

I’m pleased that there has been some acknowledgment within the NHS that Glasgow, whilst also a long journey, can be easier to reach from the west of Dumfries and Galloway, a point not lost within the Scottish Government which has devolved responsibility for health.

Also rightly on the news agenda of late has been the problems caused by the prolonged closure of the maternity unit at the Galloway Community Hospital at Stranraer and a shortage of midwives in the area.

It was disturbing to learn that mothers giving birth in lay-bys on the more than 70 miles A75 road journey between the Stranraer area and Dumfries were no longer such a rare occurrence and this was highlighted during a visit to Wigtownshire by Maree Todd, the Scottish Government Minister responsible for womens’ health.

I’m supportive of calls from constituency MSP Findlay Carson and local councillors for an independent review into maternity services in Wigtownshire and would also like to praise the tireless efforts of the Galloway Community Hospital Action Group, which includes retired local GP Dr Angela Armstrong in their ranks, for pushing so hard to bring improved services in the west of the region.

There are sometimes very sound clinical reasons for patients to complete long difficult journeys to large city hospitals where experienced specialists and expensive equipment are centralised, but treatment as close to home as possible must remain the ideal scenario, even in rural areas.

Soaring temperatures may have been appreciated by those enjoying Loch Ryan and the Solway Coast last week but, on the other hand, there were others concerned the conditions signalled increasing extreme weather.

The mini-heatwave, although not as severe as in the south where there were devastating blazes, was uncomfortable for many and posed a genuine health risk to those with heat-sensitive conditions whilst also sparking two soon contained woodland fires in this region.

Months on since the UK hosted the UN Climate Change Conference, events, such as the Ukraine war, have impacted on the cost and availability of energy, raising fears carbon reduction efforts could stall.

Despite obvious challenges, the UK Government continues to work with devolved administrations and overseas partners in strengthening climate resilience and much is being done globally towards meeting ambitious COP26 goals agreed in Glasgow last year.

In an era when there are understandable campaigns to encourage more use of public transport there is sadly frequently a decline in the services available.

This is particularly so for potential rail travellers who wish to use services linking Stranraer and Glasgow and all stations in between.

Whilst the new ‘full’ post-pandemic timetable published by Scottish Government - owned ScotRail re-introduces some previous services from the city, only five daily each way extend as far south as Stranraer, which can accurately be described as the route’s ‘poor relation.’

I’m continuing to monitor the situation and I’d encourage anyone with particular concerns to contact me through my constituency office or via my website at www.alisterjack.co.uk

There was a welcome announcement last week that the UK Government plans further steps to enhance energy security and reduce long-term electricity costs.

The aim will be to achieve a more stable UK-wide energy market.

Perhaps it will be the historians who will make the most accurate assessment of Prime Minister Boris Johnson’s contribution in responding to what must be one of the most challenging and turbulent periods in our history for decades.

Whilst he approaches the end of his current premiership, and having personally had the privilege of serving with him in the Cabinet, I believe there will eventually be greater clarity and focus on his courage, strengths and ability to think outside the box.

I wish him well in the next phase of his career and, like all party members, will consider in the coming days the respective experience, talents and skills of the two candidates for the leadership and what they can bring to strengthen the United Kingdom and Scotland in particular.

It is great to see the local agricultural shows set to return to normality as they are an important feature in the calendar of our largely rural region.

All eyes will be on Bladnoch Park for the Wigtown Agricultural Show, next Wednesday, August 3, when Princess Alexandra, in her role as Patron of the Belted Galloway Cattle Society, will be guest of honour marking the event’s centenary.

And yesterday (Wednesday) the local farming community and many townspeople enjoyed the first Stranraer Show in three years at its home on the London Road playing fields.

Meanwhile, I understand that preparations are moving on apace for the Stranraer Oyster Festival which runs from Friday September 2 until Sunday September 4.

It’s a great atmosphere and I’m looking forward to again going along.

As challenges continue because of cost-of-living increases, in addition to universal financial assistance, an estimated 12,700 families in Dumfries and Galloway constituency are eligible for two means-tested payments from the UK Government.

The first targeted payment of £326 is currently being paid to qualifying recipients’ bank accounts with a further £324 following from the autumn.

Combining general and various targeted payments, low-income households nationally should have received at least £1,200 from the UK Government by mid-winter.

It may be an endless and thankless task because of the deplorable state of our roads but I’d like to end this week’s Free Press column by thanking the repair crews filling potholes on our local roads this summer.

Seen out in the heat or, sometimes recently in torrential downpours, I, for one, appreciate their efforts.

Soaring temperatures may have been appreciated by those enjoying the Solway Coast this week but, on the other hand, there were others concerned the conditions signalled increasing extreme weather.