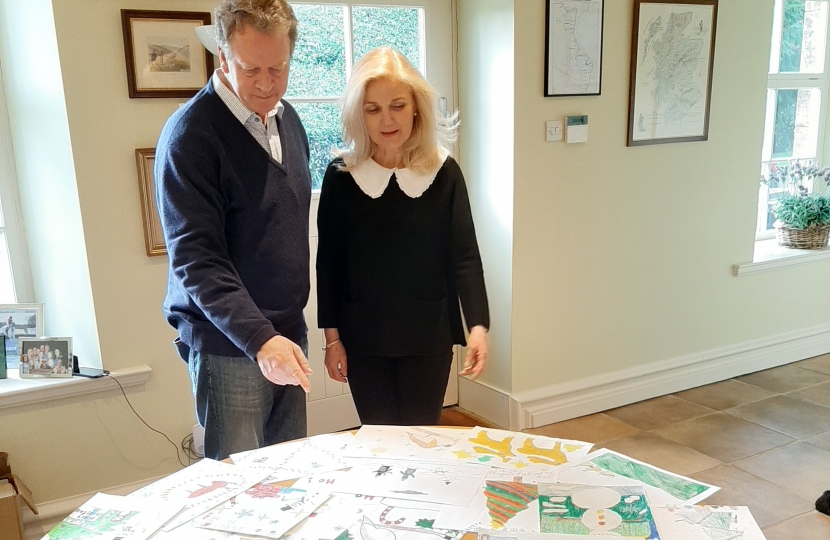 Primary school children from across Dumfries and Galloway constituency demonstrated their artistic skills as they turned their thoughts to Christmas.

There was an impressive 540 entries from 22 schools in the traditional contest to design a Christmas card for the local MP.

Alister Jack, who is also Secretary of State for Scotland, praised the quality and variety of the seasonal drawings and paintings.

He and his wife Ann faced a daunting task in picking a winner and four runners-up, who all received gift vouchers as a prize.

Mr Jack said: "The pandemic period has been as difficult for school children as it has for other members of the community.

"After consideration we decided to go ahead with the traditional Christmas Card competition in the hope it would be a creative diversion for the children by focusing on the festive season.

"There was such a good response with excellent designs we decided to add two extra runners-up prizes."

Mr and Mrs Jack expressed their thanks to pupils and staff at the schools who took part in the competition. All five prize-winning designs feature on the Christmas card.

The overall winner with a candy cane design was 11-year-old Izzy Roebuck of New Abbey Primary.