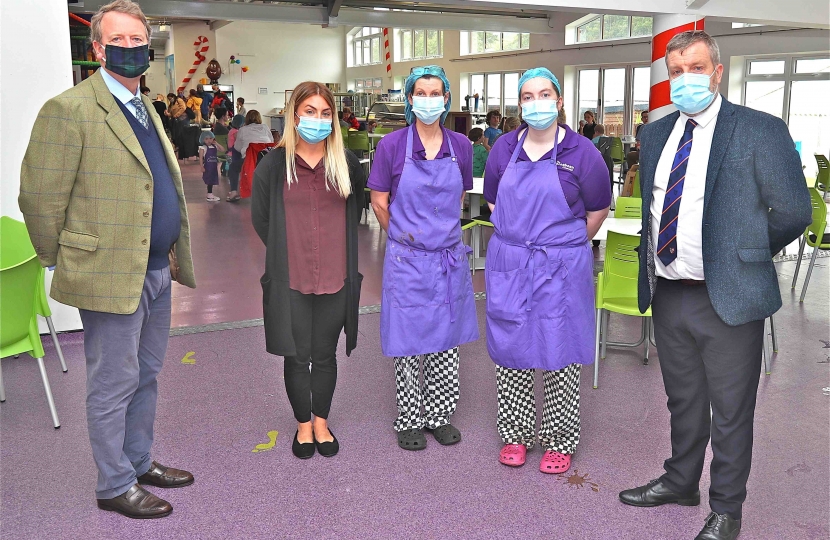 Official figures reveal more than 122,000 meals were served up in August through the UK Government 'Eat Out to Help Out' scheme in Dumfries and Galloway Westminster constituency.

Local MP Alister Jack stated he was delighted with the take-up of the scheme in which 158 hospitality businesses serving meals registered to participate in the wide area stretching from Dumfries to Stranraer.

The total amount claimed by eating places in the constituency on Monday to Wednesday qualifying days was £653,000, excluding the busy final day of the scheme August 31.

Although the full month figures are still being collated the average Dumfries and Galloway discount per meal by late August was £5.37.

Mr Jack, who is also Scottish Secretary, stated he had good feedback locally from restaurant, cafes and licensed trade members who served meals through the initiative.

He said: "In an area like ours where the hospitality industry is so important to the economy the scheme came as a Godsend at a time when some businesses feared they might not survive after lockdown.

"It was also good to see local people being encouraged to eat out for the first time for a long period and I'm sure some will continue to support our excellent choice of food outlets going forward."

Amongst the local hospitality businesses Mr Jack visited was the Cocoabean chocolate-making, indoor play and restaurant attraction at Twynholm, near Castle Douglas.

He was joined by local constituency MSP Finlay Carson.

Hannah Beck, a director in the family firm which normally has 27 employees, said: "The Eat Out to Help Out scheme has been a lifeline for us during a period when the future of the business has been in doubt because of the global crisis.

"There are still difficult times ahead and further support in the challenging period between autumn and Christmas could be crucial to many like us in the hospitality industry."

There has rarely been a more important year to buy a poppy as Remembrance Day approaches.

That was the message from Dumfries and Galloway MP Alister Jack as he pledged his support for the annual Poppyscotland appeal.