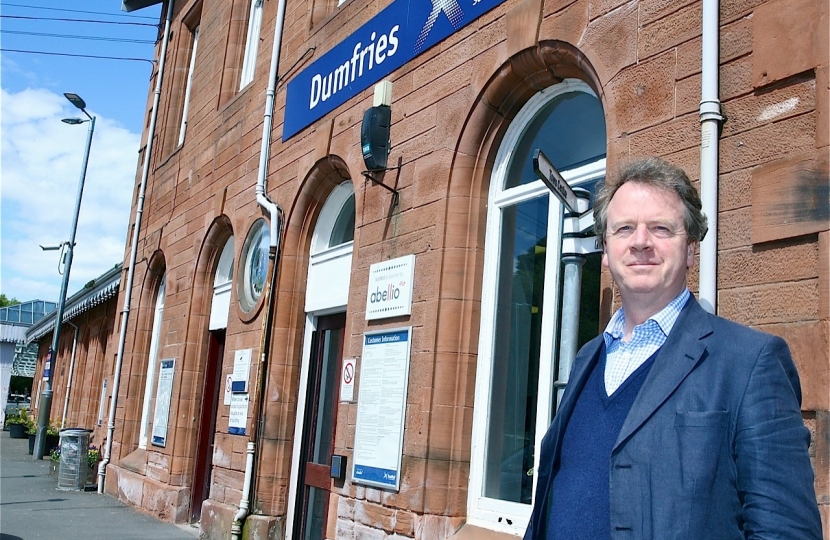 A scheme offering cheaper rail travel to forces veterans has been welcomed by Dumfries and Galloway MP Alister Jack.

Ex-Servicemen and women in the region can now obtain up to 34-per-cent off train journey fares thanks to an initiative by the UK Government.

The Veterans' Railcard is now on sale at an initially discounted rate and Mr Jack has urged local ex-forces personnel, who regularly travel by train, to take advantage.

Mr Jack said: "The new scheme is yet another way for us to recognise the enormous contribution our service people make and to continue to acknowledge that after they complete their service."

The new railcard will also extend discounted travel to a named companion and up to four dependent children, if travelling with the cardholder.

Mr Hood said: "Many veterans the charity assists have very limited income before they secure a job and anything like the railcard, which offers them cheaper travel, will be very welcome."

He added that the charity had so far helped 54 trainees into full-time jobs as qualified HGV drivers.

Light at the end of the tunnel

As readers know only too well Covid-19 has impacted on most of our lives for much of this year and, realistically, will continue to do so well into 2021.