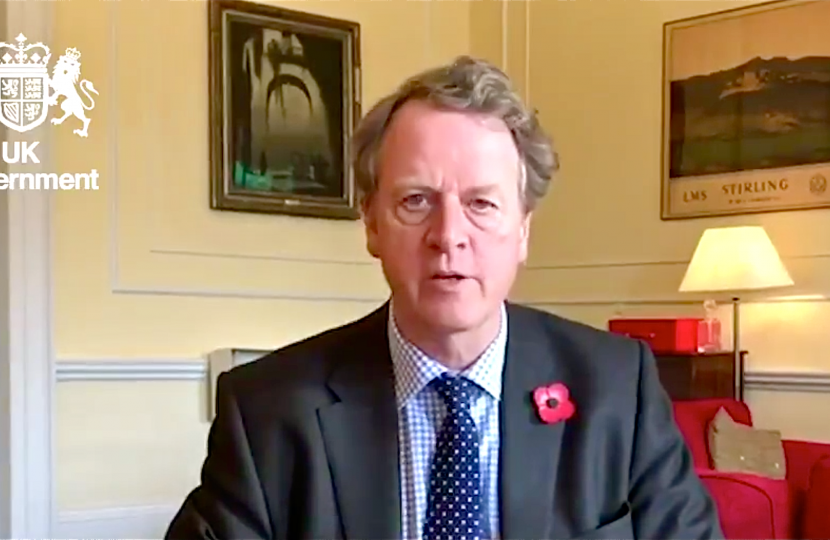 There has rarely been a more important year to buy a poppy as Remembrance Day approaches.

That was the message from Dumfries and Galloway MP Alister Jack as he pledged his support for the annual Poppyscotland appeal.

Mr Jack, in his role as Scottish Secretary, hosted a virtual version of the annual launch event at Dover House, the Whitehall base of the Scotland Office.

He pointed out that demand for Poppyscotland's life-changing welfare services for the armed forces community and veterans was as great as ever and the vital work has continued through the pandemic.

Unfortunately, because of Covid-19, a significant number of particularly older volunteer fund-raising poppy sellers were this year having to shield at home.

However, he stressed that the public would still have many opportunities to buy poppies at supermarkets, other public places and by donating online at the Poppyscotland website where a range of other items was also available to purchase.

Mr Jack, who earlier visited the Lady Haig Poppy factory in Edinburgh with his wife Ann, said that there was a remarkable effort by the Poppyscotland production team, mostly veterans some of whom worked from home during lockdown, with more than a million poppies being made for this year's fund-raising.

Introducing the video link-up, the local MP praised the efforts of those who were working to adapt this year's war memorial ceremonies into scaled back, but dignified, socially-distanced events.

Looking ahead to a very different Remembrance Day, with many marking the November 8 commemorations at home, he said: "We must wear our Scottish poppies as a sign of respect and thanks to those who have served and continue to serve.

"We must salute and honour their sacrifices because in truth they are the bravest of the brave."

Mr Jack added: "Our recognition of forces personnel must not end when active service does -- there is always more we can do for our veterans."

Light at the end of the tunnel

As readers know only too well Covid-19 has impacted on most of our lives for much of this year and, realistically, will continue to do so well into 2021.