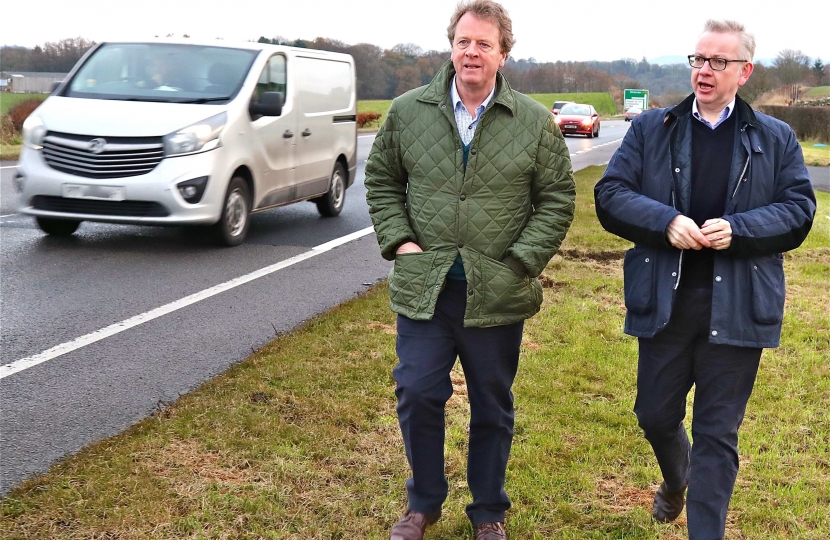 Massive investment in transport infrastructure across the UK has the potential to be transformational for south-west Scotland.

That was the view of Dumfries and Galloway MP and Scottish Secretary Alister Jack following the announcement at the weekend of a Union Connectivity Review.

Prime Minister Boris Johnson has appointed Sir Peter Hendy, chairman of Network Rail, to lead the analysis and he is expected to publish his final recommendations as early as next summer.

Mr Jack, as local MP, has long called for A75 and A77 trunk road improvements and has sought a feasibility study into a new Dumfries - Stranraer railway and tunnel or sea bridge connecting the region and Northern Ireland.

These are all expected to be considered as part of the review and, in an interview with the Daily Telegraph on Saturday, the Prime Minister specifically mentioned the A75 and A77 as candidates

Mr Jack said: "An upgraded A75 and A77, along with a road and perhaps rail crossing of the Irish Sea, would be a nationally important development and would be transformational for the economy and standard of living in Dumfries and Galloway.

"We have to take such major proposals one step at a time and such a detailed independent review is the correct way forward.

"Sir Peter Hendy and his team will be looking at projects which will be strategically important to improve connectivity throughout the UK and would be funded in that context.

"Such substantial investment would be made possible through the Union and it should be remembered that far more can be achieved when the Scottish and UK governments work in partnership together.

“Better links across the UK will be good for our economy, jobs and prosperity, and further strengthen the UK’s vital internal market.

"I look forward to seeing the review progress and know that businesses across Dumfries and Galloway will be keen to share their views.”

Extra taxpayer funding should be made available to improve health and social care services in Dumfries and Galloway.