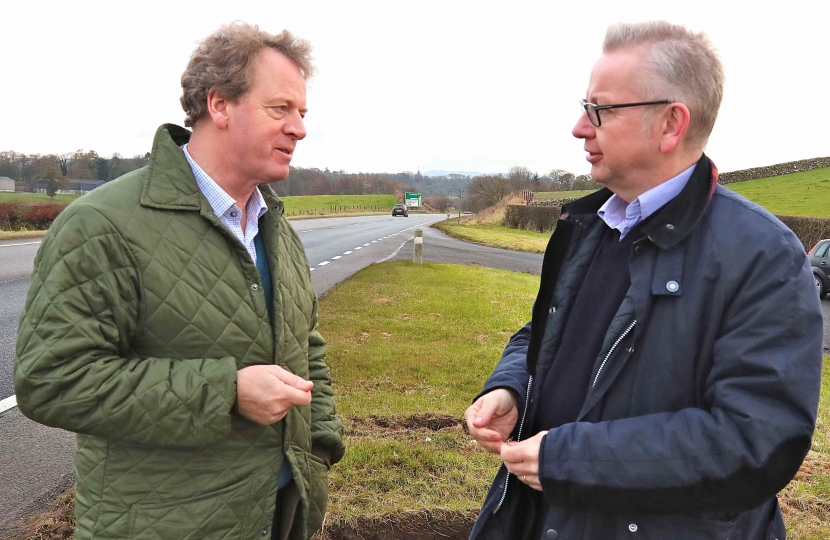 Support for upgrading of the A77 and A75 trunk roads is being highlighted as part of the UK Connectivity Review.

In addition, the idea of designating Cairnryan and Larne as freeports, providing incentives for development and job creation, is also being floated.

Both proposals are included in a submission to Sir Peter Hendy, CBE, who is heading the study looking at ways of improving transport infrastructure across Scotland, England, Wales and Northern Ireland.

They are part of the A77 Action Group's contribution, forwarded by their co-ordinator Donald McHarrie from Stranraer, featuring statistical detail from the last four years.

The local campaigners' participation in the review has been welcomed by Dumfries and Galloway constituency MP Alister Jack.

He said: "The Action Group have put forward a strong case for upgrading these sister roads, which are strategically important in UK terms.

"I would urge any other local groups or individuals with an interest in the region's nationally strategic transport infrastructure to also contribute to the study.

"It is important for the SNP Scottish Government to now act in the best interests of my constituents and stop preventing devolved departments and officials from co-operating with the Review."

Mr McHarrie stated that the Action Group would welcome an opportunity to meet representatives of the review team.