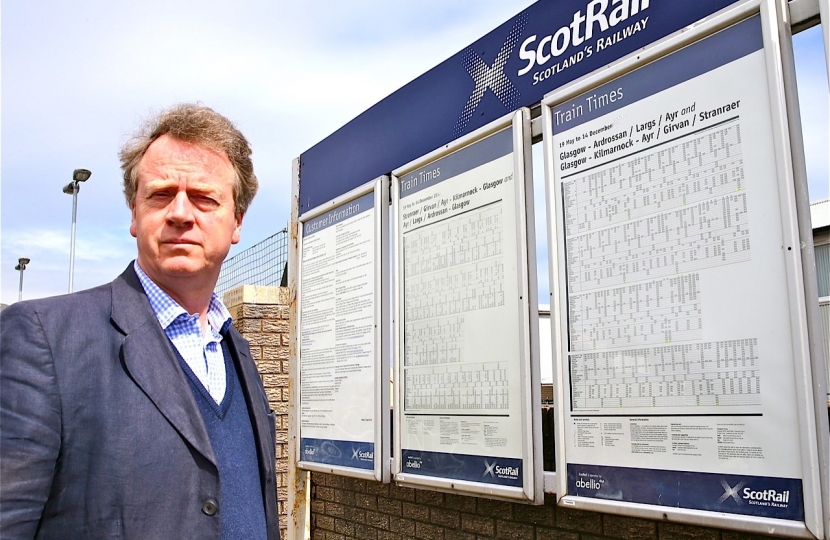 Concerns that late trains between Glasgow Central and Stranraer could be cut are being taken up by local MP Alister Jack.

Regular travellers have learned a new timetable due to be introduced on December 13 could see the last service on weekdays disappear.

They also fear late services on the current Saturday and Sunday timetables are under threat.

Mr Jack was contacted by constituents, who regularly depend on the late service, including one passenger who learned about the plan from a ScotRail email.

It disclosed that the weeknight direct service leaving Glasgow at 10.13 pm and arriving in Stranraer at 00.56 am was under threat.

Mr Jack said: "These changes would greatly inconvenience my constituents, who use the service for both work and leisure purposes.

"One traveller, who is employed in the off-shore oil industry, believed the new timetable would get him as far as Ayr Station around 1.00 am -- more than 50 miles short of his destination."

The Dumfries and Galloway representative, who is also Scottish Secretary, plans to urgently seek clarification from the company.

He understood passenger numbers had fallen during the Covid-19 pandemic but wanted reassurance that the decision would be reviewed and the late services would not be lost permanently.

Mr Jack added: "With the state of the A77 and the A75 there is a strong feeling locally that Stranraer receives a raw deal in terms of transport and that a good train service is an essential -- not a luxury."