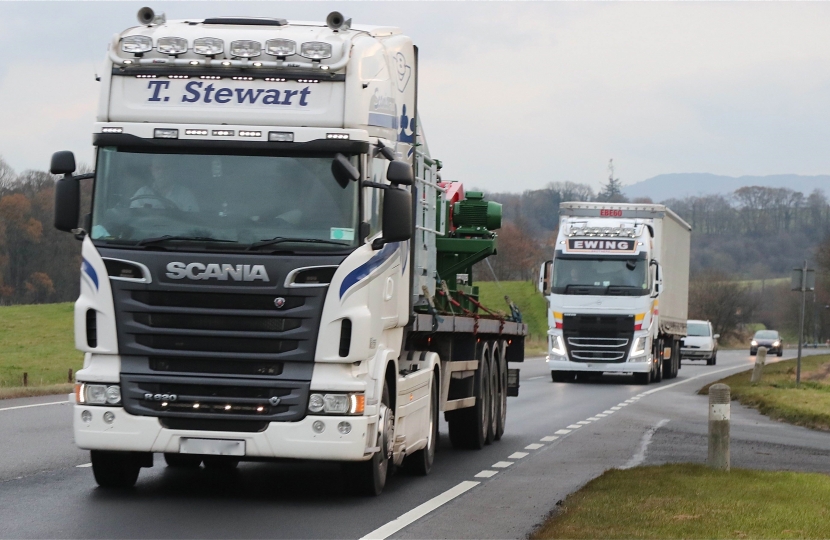 A strong case for a major upgrade of the busy A75 trunk road in south-west Scotland has been presented as part of a UK-wide transport study.

The Union Connectivity Review (UCR) team have received submissions from individuals and organisations with an interest in the busy 94-mile Gretna to Stranraer trunk route.

Campaigners hope a positive recommendation could ultimately lead to substantial UK Government investment for improvements to the strategically important road.

Dumfries and Galloway MP Alister Jack, who has pressed for meaningful A75 improvements since first being elected to Westminster in 2017, has held discussions with UCR chairman Sir Peter Hendy, CBE.

Mr Jack said: "An interim report is due out very soon and I look forward to reading the detailed recommendations.

"In my view there is a compelling case for upgrading the A75 as part of a strategic streamlining of transport infrastructure linking Scotland, England, Wales and Northern Ireland.

"I've again pressed the case for the A75 in my latest discussions with Sir Peter and I'd like to thank constituents who have also given their views and made submissions to the review team."

Mr Jack, who is Scottish Secretary, expressed disappointment that the current SNP Scottish Government were still declining to co-operate with the study team on A75 upgrading options, such as widening to dual carriageway.

But he added: "The recently passed Internal Market Act would allow direct UK investment into key strategic projects in all four nations. These will be particularly important as we re-energise the economy after we emerge from the pandemic."

Dumfries and Galloway constituency MP Alister Jack believes the Levelling Up Fund, confirmed in this week's Budget, could have been tailor-made for the region.