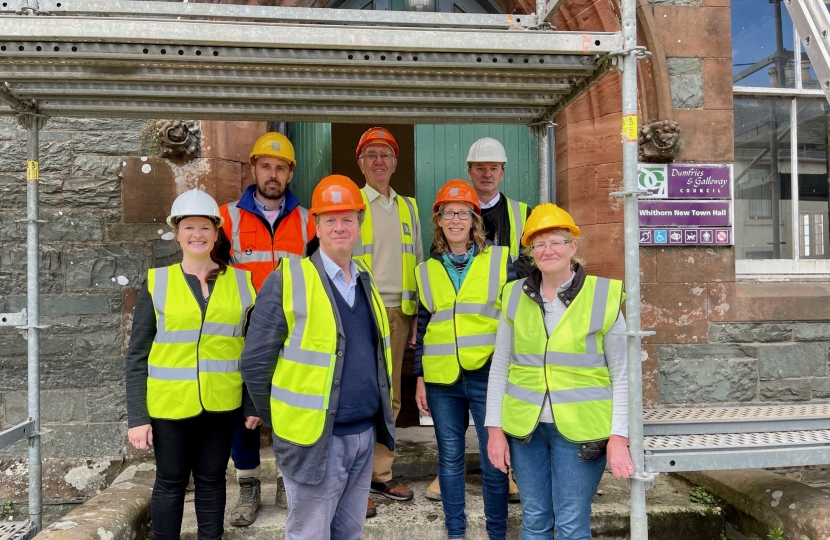 Projects at an historic Wigtownshire community are a shining example of people-power, according to Dumfries and Galloway's MP.

Alister Jack, who is also Scottish Secretary, was visiting Whithorn on Tuesday where he saw progress in a major transformation of the New Town Hall by a development trust.

He was also given an update in the work of The Whithorn Trust, who have helped put the community on the tourism map as one of the earliest sites of Christianity in Scotland.

During his visit Mr Jack spent time with Whithorn Trust development manager Julia Muir-Watt, who is one of a group of local people who have been driving forward a number of projects.

The MP said: "There is a real buzz in Whithorn where local people are helping regenerate the area by delivering on exciting ideas and building on the community's history and inspiring setting.

"It was good to see the excellent progress in creating a community hub, with gym and visitor bunkhouse, in the New Town Hall which has been funded from various sources including a South of Scotland Enterprise grant.

"I was particularly pleased to have the opportunity to meet five local young people, training and working through the UK Government's Kickstart Scheme. The valuable skills they are learning should enhance their long-term career prospects."

After being briefed on the wider work of the All Roads Lead to Whithorn development trust, Mr Jack added: "The can-do spirit in Whithorn is evident. It's a shining example of what people-power can do."

Extra taxpayer funding should be made available to improve health and social care services in Dumfries and Galloway.