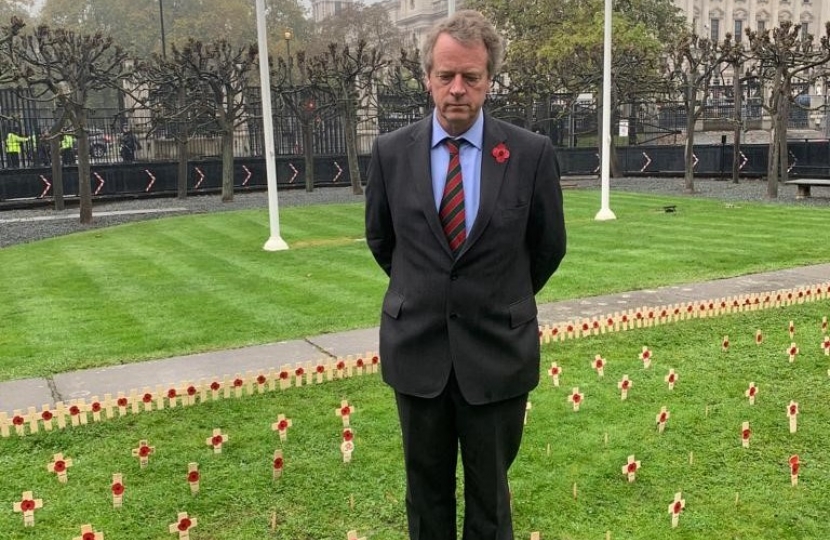 There was a special tribute at Westminster this week to all those from Dumfries and Galloway who lost their lives in the service of their country.

Local MP and Scottish Secretary Alister Jack, pictured, placed a poppy cross dedicated to servicemen and women from his constituency who paid the ultimate price during past conflicts.

The commemoration in New Palace Yard was organised by The Speaker, Sir Lindsay Hoyle, with many of the 650 parliamentary constituencies represented with their own cross on a lawn, which has been designated a House of Commons garden of remembrance.

Mr Jack, who will attend a national service of remembrance in Edinburgh this Sunday, said: "My thoughts will be on all those forces members from Dumfries and Galloway who served their country in past operations and conflicts, particularly the family and friends of those who lost their lives."