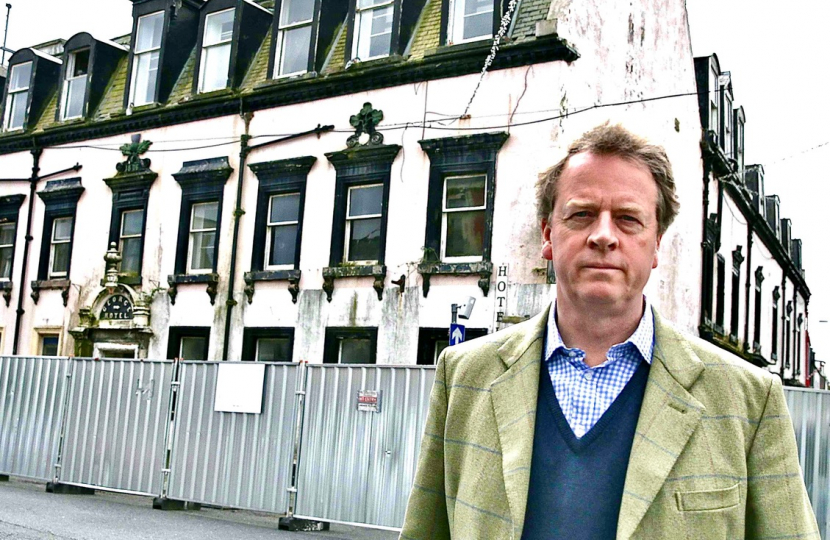 Projects from Dumfries and Galloway and elsewhere will remain fully under consideration for significant UK Government funding.

Local MP Alister Jack, a staunch supporter of the Government’s Levelling-Up agenda, this week expressed confidence that the process would not be affected by a change of Prime Minister.

The Scottish Secretary acknowledged that whilst political events at national level had been the centre of media attention the everyday work of Government was continuing.

Mr Jack said: “The programmes to target funding at projects that will support economic development and community regeneration have been at the heart of the UK agenda and I would expect that to remain the case.

“This work is as important as ever as we deal with the on-going impact of Covid, the war in Ukraine and the resulting international energy shortages and cost-of-living challenges.

“The direction of travel and priorities will obviously be set by the incoming Prime Minister, but I firmly believe central government support for game-changing projects in our communities are an effective way forward and will be something I continue to press for as local MP.”

He said: “In my view, the Water Sports Centre and the George Hotel projects at Stranraer together with the Rocks and Wheels project at Dalbeattie are a perfect match the fund objectives and will really advance the regeneration of the communities.”

Mr Jack stated that he was also supportive of the other region-wide bids being put forward through Dumfries and Galloway Council.

He added: “The Levelling Up process clearly identifies our region’s needs and could make a significant difference within a relatively short time"