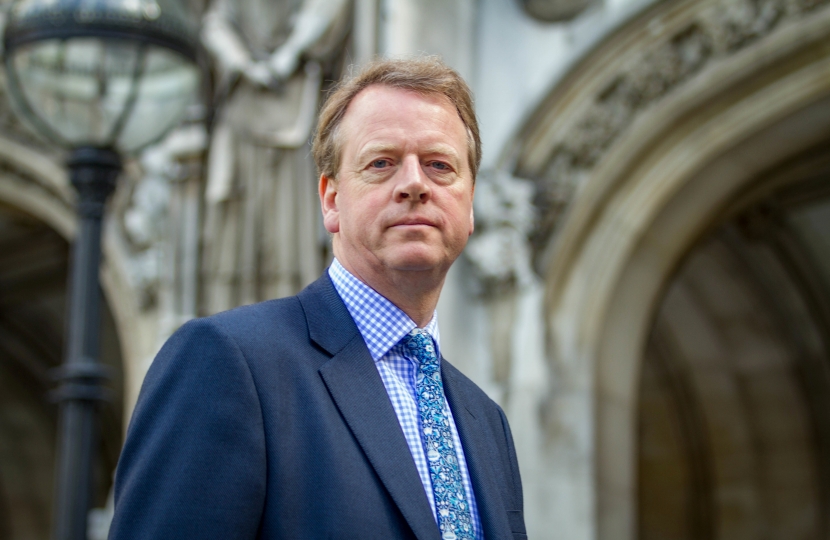 A south-west politician, believed to have contracted coronavirus, has praised the frontline services and army of volunteers responding to the pandemic.

Dumfries and Galloway MP Alister Jack is working from home in self-isolation and says he has been heartened by community efforts to support vulnerable people across his constituency.

Mr Jack believes he may have contracted the virus at Westminster where a number of MPs and officials have been affected.

In his Cabinet role as Secretary of State for Scotland, he last week sat on the front bench for a period during Scottish Questions between Prime Minister Boris Johnson and Health Secretary Matt Hancock, who both later tested positive for the virus.

Mr Jack said: "I initially developed a slight temperature together with a sore throat and cough, and, in line with medical guidance, decided my best option would be to work remotely to avoid any risk of spreading infection.

"I've not been tested as I did not consider that to be a high priority at this stage, given the growing demands on our NHS.

"I plan to continue working from home on Scotland Office and constituency business.

"So far my symptoms have been at the milder end of the scale although, I can tell you first hand, this does feel, as we all know, a particularly vicious virus."

Mr Jack stated he wished to take the opportunity to praise all frontline NHS workers, pharmacies, other emergency services, the local authority, specialist agencies and army of community volunteers across the region and nationally.

He said: "It is vital to shield older people and those of all ages who are vulnerable through underlying health conditions.

"My heart goes out to those individuals and families who have lost, or are deeply concerned for, loved ones.

"In the coming weeks I would urge everyone to follow the latest information and guidance and, wherever possible, stay at home to help save lives."

Touching on current constituency casework, Mr Jack stated he was keeping in close contact with the Foreign and Commonwealth Office over a number of constituents unable to get back from overseas.

He explained that travel restrictions were preventing some local people from returning from such varied locations as Australia, New Zealand and Peru.

Local MP Alister Jack has described as 'encouraging' positive feedback from businesses in his constituency to UK Covid-19 support packages.