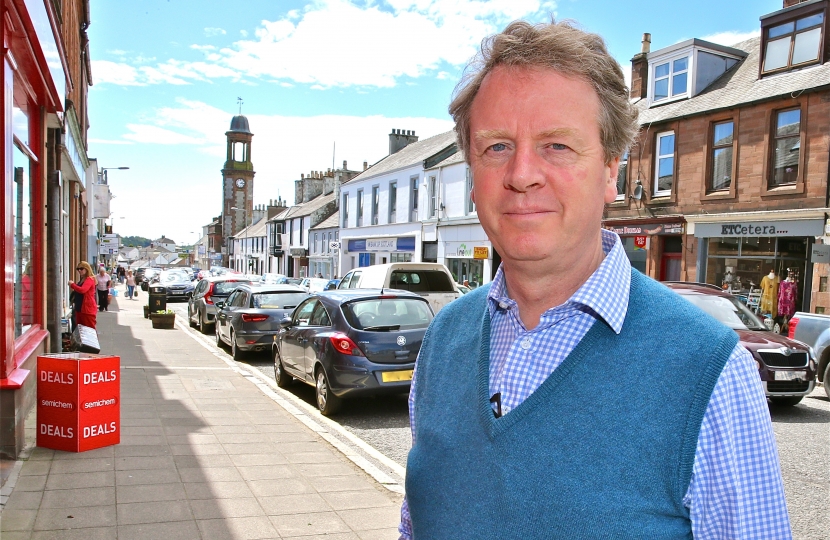 A rallying call has gone out to support south-west Scotland retailers and other businesses.

Dumfries and Galloway MP Alister Jack this week urged residents and visitors alike to use local shops and services as the region cautiously edges out of lockdown.

The Scottish Secretary was voicing his support for the 'Scotland Loves Local' campaign which was officially launched on Monday.

He said using local businesses was a good way to boosting the local economy after the damaging impact of Covid-19 and to help protect employment.

Mr Jack said: "In this constituency it is not purely about supporting businesses in the larger retail-orientated town centres such as Dumfries, Castle Douglas, Dalbeattie, Kirkcudbright, Newton Stewart and Stranraer although that will be vital to their future.

"It is also using as much as possible the excellent shops and services in smaller towns and villages which help contribute to community life and the area's economic well-being."

Mr Jack stated that in Dumfries and Galloway and across Scotland there was unprecedented support from the UK Government through the furlough and schemes for the self-employed.

"Nationally young people are being helped into jobs and an Eat Out incentive scheme will promote tourism and hospitality.

"Meanwhile, the UK Government will also allocate an additional £4.6 billion to Scotland through the Barnett Formula for the devolved administration at Holyrood to spend."

The Scotland Loves Local campaign is organised by a partnership and primarily aimed at getting town centres and high streets back on their feet safely, closely observing public health guidelines.

I fully concur with wonderful comments I've heard in recent days from many of my constituents praising our frontline health and care workers.